Galeon is once again pushing the boundaries of flybridge yacht design with a daring new Galeon 560 Fly model due to be launched at the Düsseldorf show next month.

This all-new Tony Castro-designed boat replaces the outgoing Galeon 550 Fly and as with its predecessor features a raft of striking new innovations.

Foremost among these are glass inserts in the folding bulwarks/side terraces that not only give guests a better view out from the cockpit and saloon when raised but also allow you to stand or sit on the reinforced glass looking directly down at the water when lowered.

They also significantly increase the size of the cockpit of the Galeon 560 Fly, expanding the already wide beam measurement from 15ft 10in to 22ft 4in.

As with the Galeon 500 Fly, the port side terrace turns into an attractive bar area with the aid of a couple of plug-in stools and an opening window into the aft galley, while the starboard side one has a sofa that can either face into the saloon when closed or out over the sea when folded down.

These new folding bulwarks form part of a continuous run of glazing that extends almost the full length of the topsides from the transom to the bow, promising exceptional levels of natural light below decks.

Another step change is the introduction of a heavily flared bow above the waterline that gives it a distinctive shovel-nosed appearance. Similar in style to the Galeon 325 GTO, it creates a much wider foredeck than normal as well as a more spacious forward VIP cabin.

That extra foredeck width has been put to good use with a big outdoor bow lounge featuring twin sofas and a sunbed but not the electric sliding benches we’ve seen on some models.

The flybridge also boasts two matching C-shaped dinettes on either side that can be joined in the middle to create one large dining area spanning the entire width of the flybridge.

The lower-deck layout comprises three cabins and two bathrooms. The full beam owner’s cabin is amidships with its ensuite by the cabin door, a forward-facing centreline bed and flanking mini-sofa and vanity desk.

The VIP is up front and has a conventional aft-facing bed with plenty of headroom and more space around the bed than normal thanks to that flared bow and high foredeck.

Big hull windows and a skylight should make it exceptionally bright. It shares its Jack-and-Jill ensuite with the starboard side twin. There is also a generous crew cabin tucked astern with discreet access through a door in the transom.

UK prices start at £1.37m ex taxes but expect a typical delivery to weigh in at around £2m, including VAT and a generous set of extras. Some of the big-ticket options include a Seakeeper 9 gyro-stabiliser, a wide range of exotic veneers and finishes inside, and metallic hull paint outside.

“You’ve got to hand it to Tony Castro and the team at Galeon Yachts,” says MBY editor Hugo Andreae. “Every time I think that’s it, there’s no way they can come up with any more brave new ideas for the next boat, they manage to confound me with something that doesn’t just look good but adds real value to the way it’s used. Roll on the next set of innovations!” 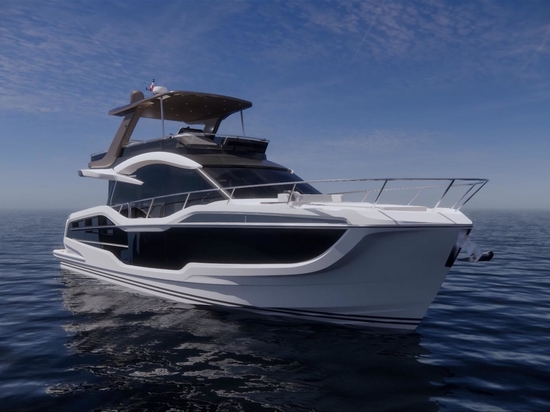 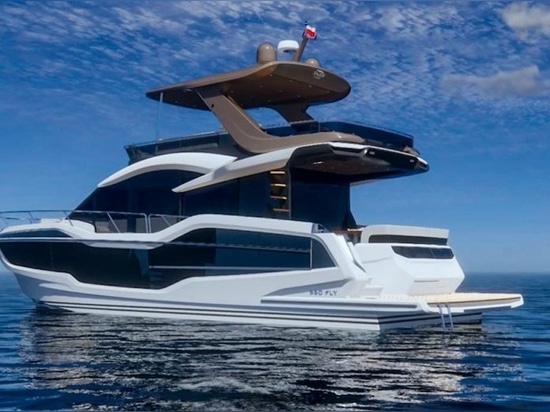 A strip of glass runs all the way from the bow to the stern, including the folding aft terraces 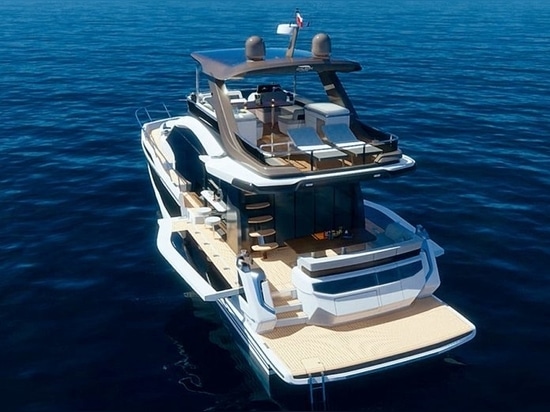 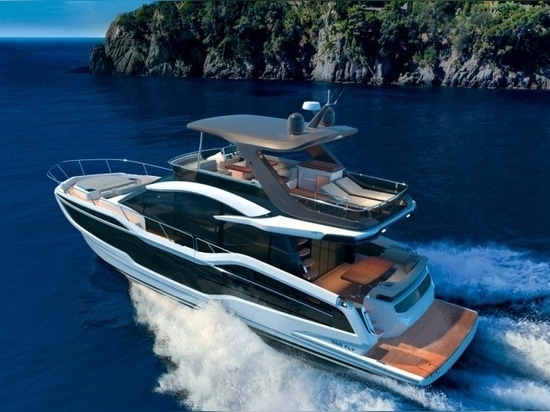 The bow has a pronounced flare above the waterline…