Martin Francis is one of a kind who work hard for what he attained now.

With a design career spanning nearly five decades, Martin Francis is a man of many talents. Starting from humble beginnings as a cabinet maker and freelance consultant with Norman Foster, it wasn't until his move to France in 1975 that he began to work in the world of yacht design. Francis' real pull came in 1988 when commissioned to design and manage the build of 74m Eco now named Enigma. Helping to co-found RFR with Peter Rice in 1982, Francis remains a shareholder and honourary president and currently heads up Francis Design Consulting in France, working on such projects as Villas, a 123m motoryacht under construction at Lürssen, technical development of a 14m Merceds-Benz styled luxury yacht for Silver Arrows Marine and a consultancy with Swarovski. He sat down with SuperyachtDesign recently to discuss his upcoming appearance at SuperyachtDESIGN Week .

What projects are you most proud of?

Apart from the one I am working on at the moment, it has to be Eco now Enigma.

What is your design philosophy?

Rather old fashioned today but I still believe that form follows function and good design, in whatever discipline comes out of a good relationship between client and designer.

What attracts you to the world of superyacht design?

The challenge of designing the total package from the hull to the door handles plus the ability to develop new concepts without the constraints of planning regulations and public enquiries that dog the life of land based architects.

What aspect of SuperyachtDESIGN Week are you most looking forward to?

Why do you think events such as these are important for the industry?

It acts as a great forum for discussion between designers, yards and suppliers. Plus hopefully, they could help to drag the class and flag organisations into the age in which we live rather than when the Titanic sunk!

What exciting upcoming projects/innovations can we see from you in the near future?

Swarovski Surfaces, The Mercedes Grand Tourissmo for Silver Arrows marine a 124m from Lürssen but most of all, the projects I unfortunately can’t tell you about! 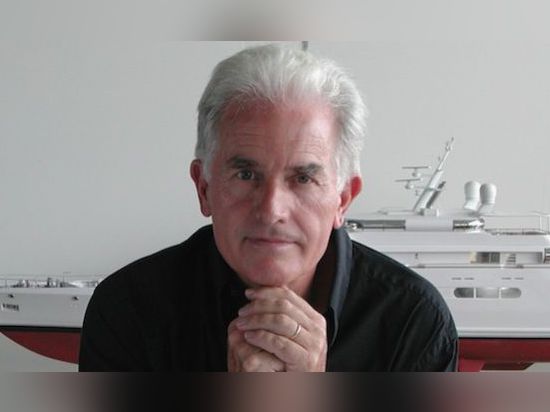 Martin Francis
*Prices are pre-tax. They exclude delivery charges and customs duties and do not include additional charges for installation or activation options. Prices are indicative only and may vary by country, with changes to the cost of raw materials and exchange rates.
Compare
Remove all
Compare up to 10 products