A teenager who was critically injured after a speedboat crashed and flipped over in the Solent, England last week (May 13) is reported to be “stable and improving”.

Simon Dredge was on board the Vector prototype powerboat with his father, former powerboat world champion Peter Dredge, and two other men when it crashed into a marker buoy and capsized at the entrance of Hamble Point Marina.

Powerboat company Vector World has confirmed that the boat was on its first test run when it overturned on Wednesday morning.

A spokeswoman said: "We are encouraged to hear that Simon is stable and improving."

Peter Dredge, has been called a “hero” after he risked his life to rescue Simon who was trapped in the cabin after the accident.

A witness who tried to help at the scene after witnessing the accident, said: “It was brave going back into an upturned boat when you have opened the cabin door up to get out. There's the potential that it could sink at any time.

“Potentially by doing what he did he saved the fourth crewmember's life. Getting out of a vessel is hard enough in itself. It was a pretty heroic thing to do. He obviously risked his own life to do it.”

Mr Dredge is well known in the powerboat industry and has won World and European championships. He was also formerly Powerboat Racing Manager at the Royal Yachting Association (RYA).

A statement from the RYA said: "The RYA's thoughts are with those involved and their families

"Investigations are underway looking in to the reasons behind the incident and the RYA will be assisting the authorities where required." 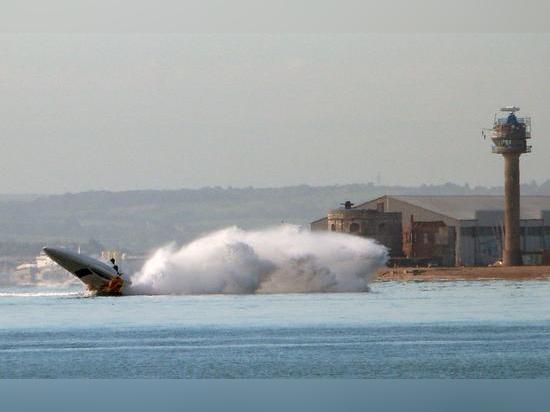 It's believed the speedboat flipped during a boat test