MARSEILLE ONE DESIGN: THE FOILING WEEK

A recap of the very first (but not the last!) Foiling Week in Marseille, France

“The Media boat will leave the port at 10:30 AM. The driver is entirely at your disposal and will take you wherever you want, as close to the boats as possible.” Sunshine, 15 knots of wind and these last instructions from Laëtitia Briand, head of Press and Media Relations for the 1st edition of Marseille One Design, the day on the water was already looking promising.

And as soon as we left the port, at first sight of the GC-32 in the south bay of Marseille, I fully understood the unforgettable experience upon which I was embarking.

Despite a reefed mainsail in anticipation of stronger winds, the three catamarans were flying at breathtaking speeds. The few cruisers sailing in the near vicinity appeared entirely motionless next to these “apparent wind creating machines.” I also think the monohull cruiser-racers upon which I’ve raced for years were suddenly relegated to Prehistoric times!

To be fair, the GC-32s have a little something extra. Equipped with L-shaped foils and T-shaped rudders, they closely resemble the AC-72, the “flying” boats that revolutionized the America’s Cup in summer 2013. Even without a hard rig, the speed of these vessels is impressive – the current record is 37.9 knots!

13 knots of wind, the initial start became clear, the competitors were slowed at 10 boatlengths below the line. However, the clock already read 15 seconds. “They’re being too cautious, they’re going to be late crossing the line,” I told myself. The three boats suddenly bore away and the increase in speed was immediate. Full foiling, they crossed the starting line right on time. The course was similar to the style of the America’s Cup, and the first leg was a reaching leg. My boat driver accelerated to keep up, and we were cruising at 25 knots. The boats were flying one meter above the surface. Aside from this unusual sight, what struck me most was not hearing the noise of the hull hitting the water. The boats let out a rocket-like hiss, a sound only punctuated by the noise of the sheets easing off and the words exchanged between team members.

After passing the buoy, the three boats were head to head as they unfurled their 90-square-meter gennaker. And they accelerated again, flirting with 30 knots! The crew members became acrobats. To keep the boat in flight, they had to be extremely quick to adjust the sails and foils, all while monitoring the race area and their opponents.

The layline came up very quickly, and it was already necessary to run the jibe. During this transition phase, the catamarans stopped flying (sometimes rather abruptly) and momentarily recover their status as a “floating” boat. Push the helm, change tack, readjust the foils and they’re off again. Within seconds, the most skilled are able to resume their flight towards the leeward gate.

The windward legs took place at high speed on one hull, like all “classic” multihulls. And upon passing the leeward gate, it began again: hard acceleration, whistling noise and take-off. I got a second spectacular eyeful…and earful!

One three-lap race took only twenty minutes, and the Race Committee was able to immediately launch the next six consecutive races.

On the first day of racing, the wind stayed below 15 knots with slightly choppy seas. Although two crews were complete novices on this type of boat, no major incidents occurred. Over the three days of racing, each of the three boats managed to win a few races. The GDF SUEZ team, led by Sébastien Rogues, even threatened the leadership of the most experienced team, ARMIN STROM Sailing.

Two other series were presented during Marseille One Design.

The Diam 24 made its Mediterranean debut in an unusual way. Indeed, the class provided two boats for the organizer and eight crews were able to affront one another in match racing., The 24-foot trimaran looks much like a miniature Mod 70 and was recently chosen as the new vessel for the Tour de France à la Voile. We’re impatiently waiting to see them in a fleet race during this event. The downwind legs should offer some excellent thrills and chills for the crews, on one or two hulls.

Speaking of thrills, the last series wasn’t far behind. The Moths (small single-handed dinghies) adopted the foil about ten years ago with great success. The series has been very active since then and a dozen riders showed up in Marseille. The Moth is probably the fastest single-handed dinghy in the world with top speeds of over 30 knots. Extremely unstable, technically and physically demanding, it was a joy to see them in Marseille sailing in sometimes complicated conditions with choppy water due to strong winds the first few days and then very light winds the last days.

Overall, the participants and spectators were absolutely thrilled with this brand new event that will be renewed in 2015 with bigger fleets. Behind the scenes, the officials of the GC class 32 are even talking about the participation of 10 boats, so it should be an entertaining and memorable series of regattas. Roll on next year! 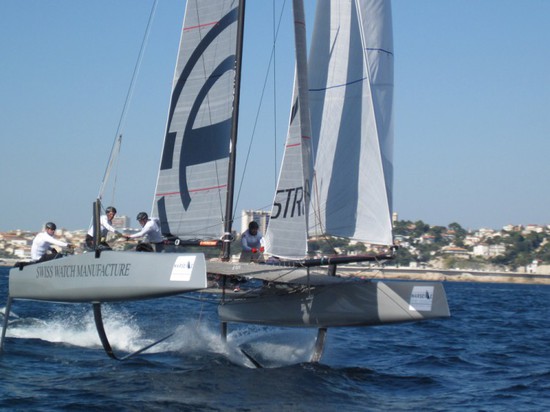 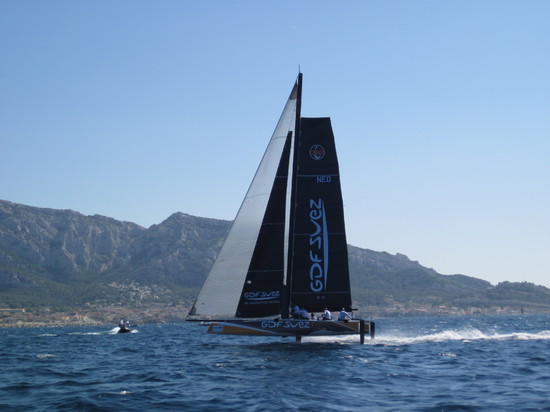 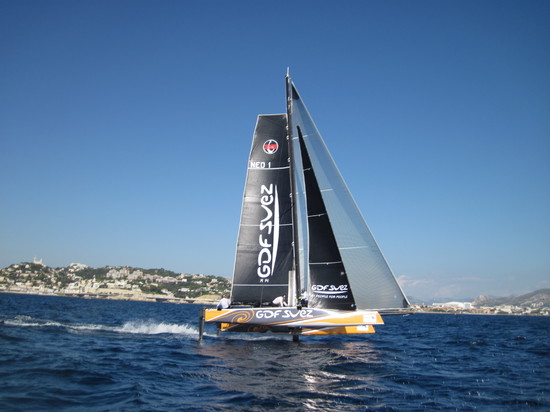 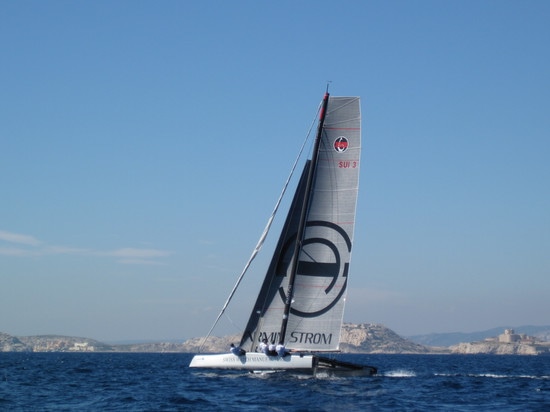 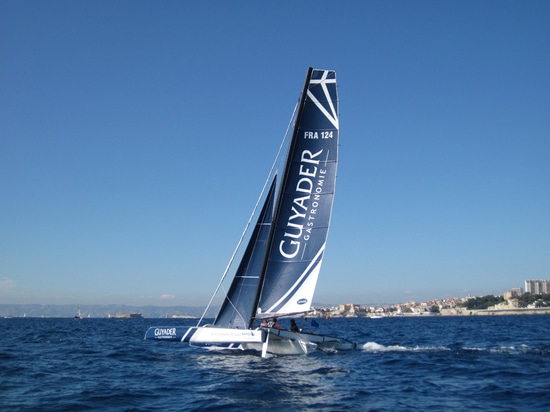 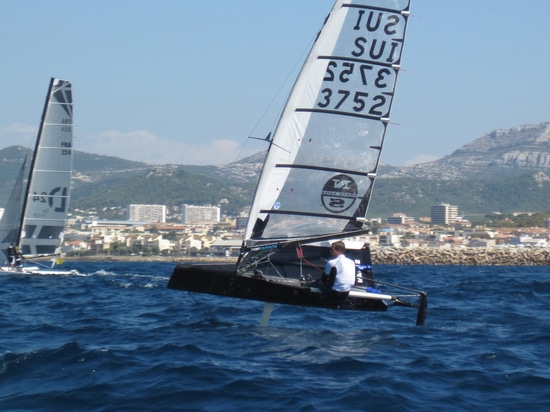