One of the finalists during the ShowBoats Design Awards 2015

“It is an honor for Horizon to be a finalist in the ShowBoats Design Awards,” said Group CEO John Lu. “We are grateful that the talents of Luca Dini are being recognized alongside Horizon – it was a pleasure to work with him on ESTHER 7 and the end result is a beautiful superyacht that the owner is enjoying immensely. We look forward to hearing the results and will be keeping our fingers crossed.”

Luxury yacht ESTHER 7 is one of 12 finalists in her category; an independent panel of judges will meet soon to review the finalists and decide upon the winners. Winners are announced during the annual Superyacht Design Symposium, which takes place in Kitzbühel, Austria from February 22-24th, 2015, and awarded the golden Neptune award.

The ShowBoats Design Awards 2015 is in its sixth year and is presented by Boat International Media to the “most innovative, elegant and inspiring new yacht designs from the boards of the world’s leading yacht design studios” as stated on their website. 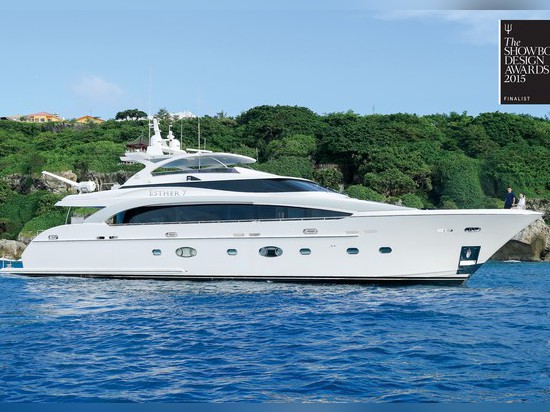