Middelburg, the Netherlands-based Seacontractors BV has now taken delivery of two customised anchor-handling tugs from Damen Shipyards for operation in the Middle East.

Tugs & Towing reports regularly on the delivery of shiphandling tugs for operation at ports and terminals worldwide. While many have a multipurpose role, the current tide of newbuildings are largely designed for port operation, the introduction of what can be described as conventional towing vessels a less regular event to report. Seacontractors’ latest anchor handling tugs therefore offer the chance to examine such a vessel.

The vessels involved, Dian Kingdom and Atlantis are customised Stan Tug 3011s and part of a three vessel order placed with Damen by Seacontractors in October 2014. The third vessel is the Damen Shoalbuster 3209 Sea India, the ninth Shoalbuster for Seacontractors. The company are the launch customer for the Stan Tug 3011 and they reportedly plan to deploy the vessels in anchor-handling and terminal work.

Both tugs have been customised at Damen’s Song Cam shipyard in Vietnam with work including changing the layout of the aft deck and lengthening the aft part of the vessels by one metre to create an open stern with a roller and capacity for a 15 to 20 tonne anchor on deck. Additional work includes installation of a DMT waterfall winch aft and a bow thruster. Damen state that introduction of the new Stan Tug 3011 design is in anticipation of new MLC regulations and to incorporate an efficient 70 tonnes bollard pull, a wider design and increased stability.

Accommodation on Dian Kingdom and Atlantis is provided for ten persons in two single and four double cabins, all the accommodation is heated and air-conditioned. 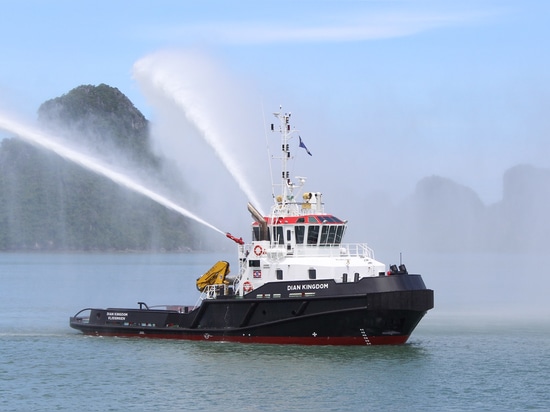 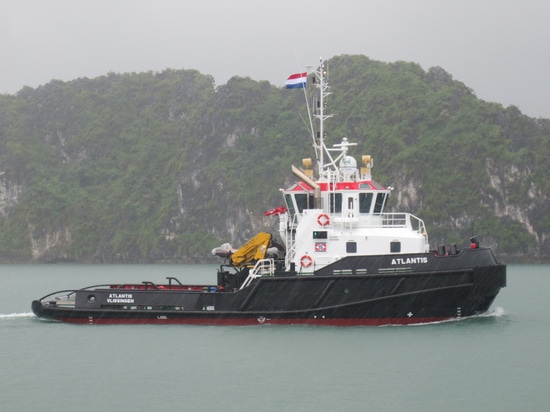 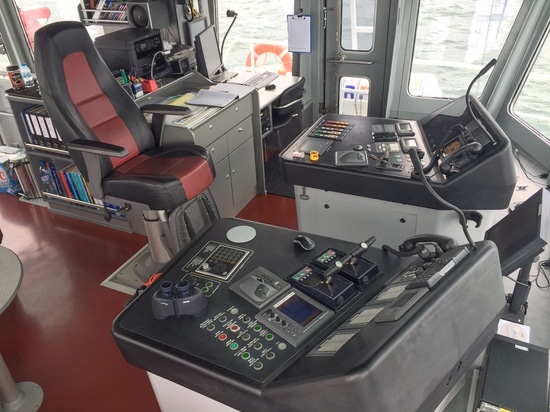