Tahina gives us a little taste of the coming season

Our super awesome Content Manager, Thomas Fettig, is part of the Tahina Sailing Team here in Marseille, France. They will be kicking off their 2014 season in less than a month, and he recently shared their latest training video. It definitely has itching to get out on the water. Enjoy!

More info on the Tahina Sailing Team from Thomas:

I take part in the Championnat IRC de Méditerranée, organized by the Union Nationale de la Course au Large (UNCL), on the sailboat “Tahina” with a team of 8 or 9 people. The team consists of a group of friends, and we’re all amateur sailors.

The championship is divided into 4 categories of boats (IRC1, IRC2, IRC3 and IRC4), which are determined by their expected performance according to their length, weight, sail area, etc. It involves 15 regattas from March to October that take place in the south of France. For each regatta, the boats mark points depending on their rank and the number of participants. The championship keeps the 5 best results for each boat to determine the overall ranking.

Tahina is a 10.7-meter Bénéteau First 35 that has been optimized for regatta sailing.

SOCAFLUID is the team’s principle sponsor and participates in the boat’s operating budget, mostly for replacing the sails. The company is specialized in pneumatic solutions (cylinders, fittings, etc.).

GILL, the world of marine navigation attire, is the team’s outfitting partner.

As for logistics, transportation, lodging and the boat’s general upkeep, each team member contributes.

May 8-11, Voiles de Camargue : 4 day regatta in the bay of Aigues Mortes 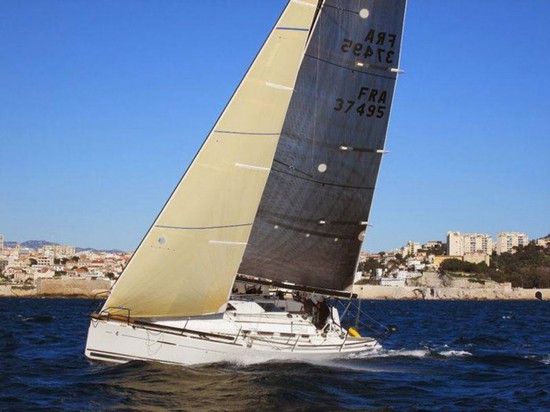 Tahina Sailing Team
*Prices are pre-tax. They exclude delivery charges and customs duties and do not include additional charges for installation or activation options. Prices are indicative only and may vary by country, with changes to the cost of raw materials and exchange rates.
Compare
Remove all
Compare up to 10 products