The next step on the path towards more efficient, faster and safer high-speed boats will be presented at the end of April.

25 years ago Dr. Johan Ullman started the development of the “Ullman Cockpit System”, in an attempt to reduce impact induced injuries on high-speed boat operators.

This became a paradigm shift. Dr Ullman''s scientific work set off a revolution in the professional high-speed boat segment.

The Ullman Jockey seats, one part of the Ullman cockpit system, have become the de facto standard for suspension seats on high-speed boats in more than 70 countries.

The Ullman Steering system, the other part of system, quickly became the standard on high-speed boats in the Swedish Coastguard KVB and in the Swedish Sea Rescue Society SSRS, but it was never introduced outside Sweden.

This is mainly because Ullman Dynamics was kept busy, ramping up production, and continuously developing their range of Ullman suspension seats, to meet the increasing demands from boat builders, Special Forces and sea rescue agencies around world, who constantly push their operational envelopes.

Volvo Penta, Norsafe, Humphree, Raymarine and REBS have now joined forces with Ullman Dynamics, to bring the intuitive steering system to those who demand the highest possible efficiency on platforms.

A Norsafe 850 Magnum from Norsafe''s range of Military and Professional boats has been fitted with twin Volvo Penta D4/300 engines with stern drives and Humphree interceptors. 600hp will push it close to 50 knots.

The hull and drivelines are well proven in professional use and chosen for maximum reliability in the harsh conditions where this boat will be pushed to the limits over the coming year. This state-of-the-art craft is not only built for performance but also safety, operational capacity, and intuitive human interfaces.

The Humphree interceptor is another Swedish invention. The trim interceptors do the same job as trim flaps, but increase speed instead of reducing it. They react in fractions of a second, delivering active ride control to further enhance ride quality and manoeuvrability.

With the latest high-tech Raymarine by FLIR navigation electronics and REBS boarding equipment, this boat has become an ideal platform to showcase the latest in marine technology.

The maiden voyage, just short of 1000 Nm, will run from France to Portugal, over the Bay of Biscay during the last week of April. The boat is entering in the Lisbon Atlantic Endurance Challenge (LAEC), starting in Lorient on April 26 and ending in Lisbon on May 2.

The LAEC is not another boat race. It is an endurance and performance test for boats, crews and equipment. This is a brilliant benchmarking opportunity for those who trust their boats to be capable of the tasks they were built for.

For most agencies high speed is just one of many requirements, to deliver a group of operators safely to a target, in the best physical and mental shape, to perform an often highly challenging mission.

Even with the best hulls and the best suspension seats in the world, the impact exposure on the humans will, at some point, pose risks of injury and physical fatigue.

During the LAEC all boats will be wired with accelerometers to monitor the impact exposure on hulls and humans.

“This system uses human reflexes which frees your residual intellectual capacity to deal with more important decisions” says Dr. Ullman. “Control of the vessel is relocated to the parts of the brain responsible for our reflex motions, movements and postural control. Being able to decide where you are going and how fast, at same time, while still maintaining your own postural control, is a reasonable intellectual requirement.”

The boat “Harald Bluetooth” will be available for testing in rough seas during HSBO 2015 in Lisbon. See www.HSBO.org. 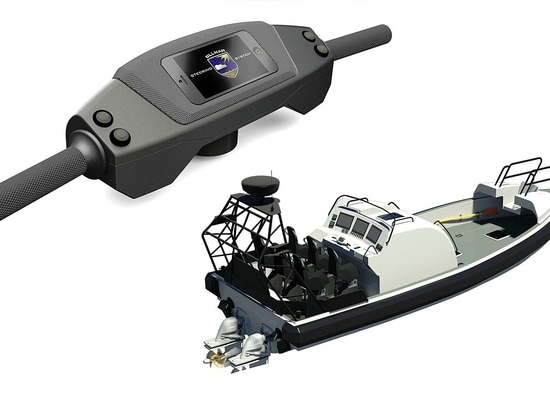 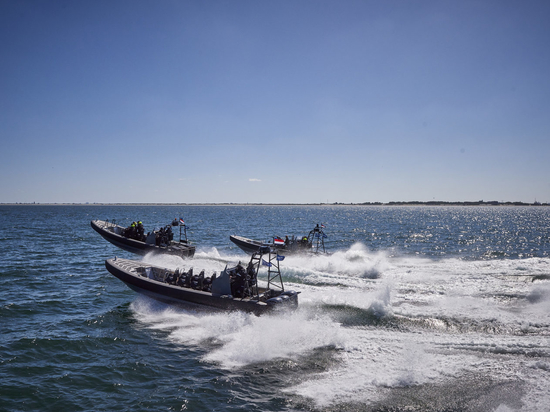 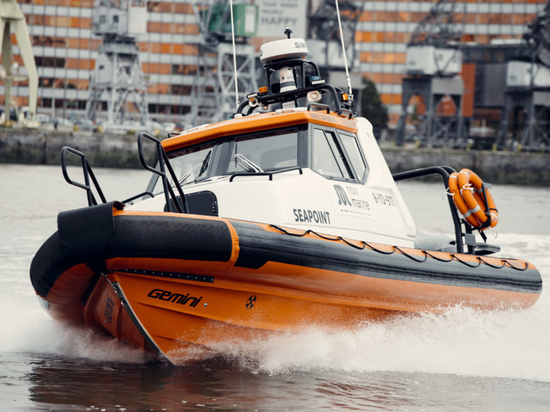 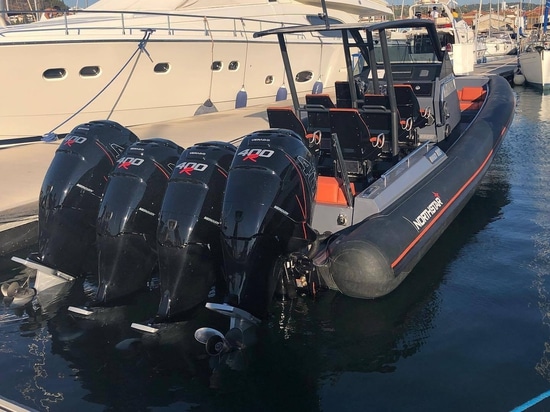 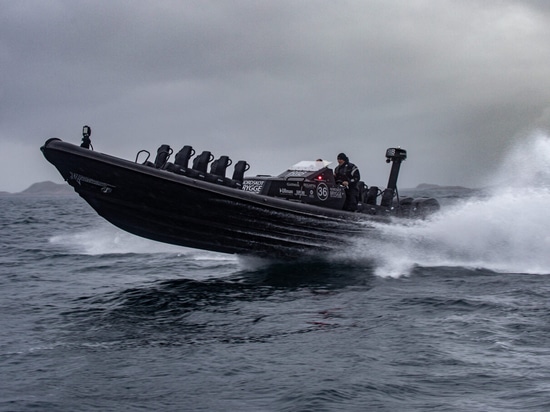