VDO - A Trademark of the Continental Corporation
Add to MyNauticExpo favorites

Full speed ahead in cyberspace: NauticExpo is a virtual meeting point for boat and ship experts. The marine solutions from VDO were of course also in attendance. The catalog of the online trade fair has also been amended by the company with many new products: that includes AcquaLink®. At METS 2014, VDO presented its revolutionary range of premium instrumentation for yachts and motor boats with a length of ten meters and above.

The combination of analog gauges, sensors and TFT displays enables customers to easily harmonize the marine dashboard. And that’s not all: to enable VDO to offer even more customization options, it has designed the “White Series” of AcquaLink® gauges, which will be available on the market starting in the 2nd quarter of 2016. That will give VDO customers the choice between the existing “Black Series” or the new product series. “Both versions are perfect for fitting top-of-the-range classic boats with state-of-the-art technology while preserving their unique design”, reports Ferdinand Lindmayer, Product Manager Marine.

Well-equipped on the high seas:

In addition to the new AcquaLink® series, the expert for marine solutions also announced the new VDO NMEA 2000 lineup. The sensors and black boxes can be added to any NMEA 2000 network or can be used with AcquaLink®. “The showpiece among these sensors is the Navsensor. The inertial sensor interacts closely with the built-in satellite receiver module (GPS) to supply highly accurate readings for speed and course. The inertial sensor provides precise information on the yaw, pitch and roll of the boat”, says Lindmayer. Compass readings are displayed electronically thanks to the fluxgate compass, which features a 10 Hz update rate allowing it to be used with autopilots or radar equipment. The barometer and air temperature sensors record important weather data early on.

The NMEA 2000 Windsensor supplies reliable information to any NMEA 2000 network. The wind vane turns in the direction of the wind, and so steers the wind direction gauge. The rotor records the relative wind speed, which is then displayed on the appropriate gauge.

The AcquaLink® Media Box brings together all the functions, and expands them by an information and entertainment component in the form of a HiFi system. “Thanks to the built-in AM/FM tuner, our customers can easily listen in to radio or weather reports. A USB stick, an MP3 or a CD player can also be plugged in for listening to your favorite music.” The benefit can be summed up quickly: all features can be easily operated using AcquaLink® Nav Control and AcquaLink® TFT – without ever leaving the helm. 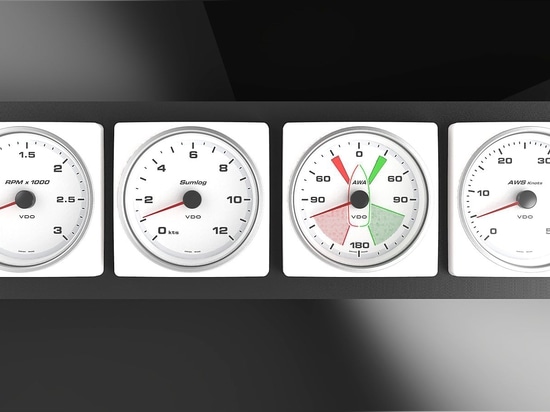 The AcquaLink Nav Control unit enables skippers to assume control of AcquaLink TFTs in situations where the touch screen can not be reached or is impractically placed.

Screens can be switched and menus and input variables navigated by using the push/turn knob and six other push buttons. A Nav Control unit can assume control of any display connected to the same VDO Bus with just the push of a button. Even multiple units can be connected to the same Bus without conflicts. 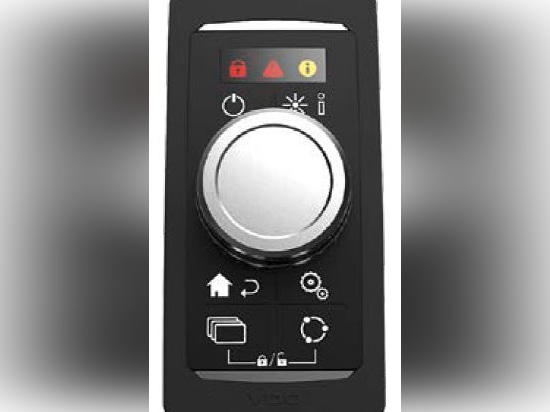 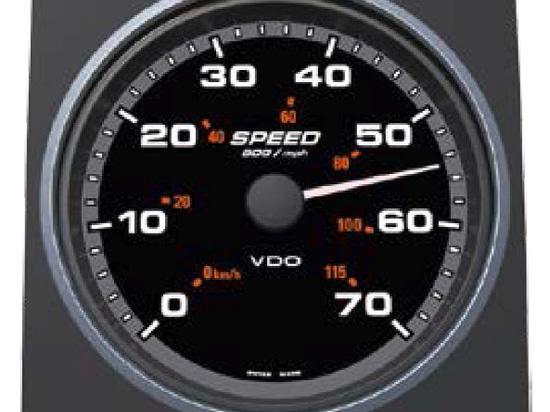 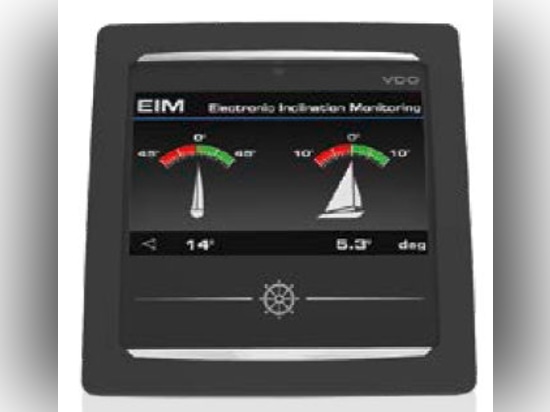 NEW: boat display by Continental Trading NEW: boat display by Continental Trading
*Prices are pre-tax. They exclude delivery charges and customs duties and do not include additional charges for installation or activation options. Prices are indicative only and may vary by country, with changes to the cost of raw materials and exchange rates.
Compare
Remove all
Compare up to 10 products