This task represents something of a first for Poralu Marine, which has a record of designing and installing floating concrete pontoons, but never a fixed pontoon with a concrete covering. The fixed pontoons it has installed until now have had an aluminium framework with decking made of EcostyleTM tropical hardwood, a product exclusive to Poralu Marine, or EcoteckTM wood composite.

The replacement of the existing fixed concrete pontoon, which was coming to the end of its useful life and creating problems from a safety perspective, was becoming rather urgent. As part of this huge undertaking, Poralu Marine installed an 87 m length of fixed pontoon, the equivalent of 8 individual pontoons.

The decking was made of concrete slabs covered with chippings, in keeping with the general architecture of the port of Mandelieu-la-Napoule.

With this first installation of a pontoon with decking made of concrete slabs, Poralu Marine has again shown a real willingness to respond to customer demands and proven its ability to design customised equipment requiring new forms of technology or new expertise.

Mandelieu-la-Napoule is just another addition to the long list of projects already undertaken by Poralu Marine, which has a well-established presence on the Mediterranean coastline. Other notable examples include Saint–Laurent-du-Var, the most recent, Marseillan, Carnon, Cap d''Agde, la Grande Motte and Port 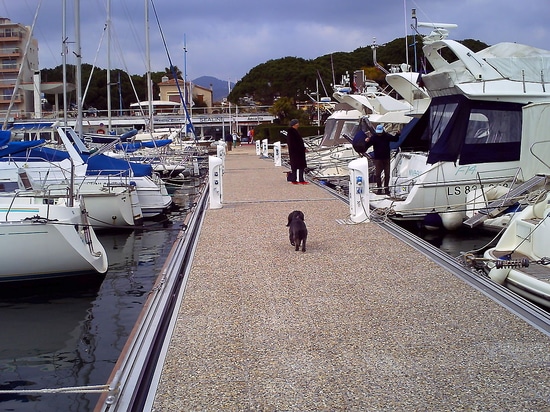 What does a star provide? It offers: 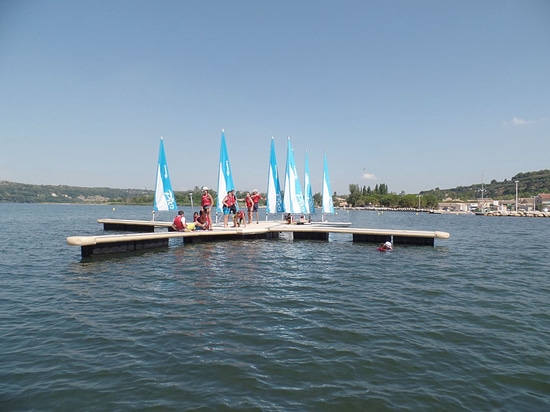 This Poralu Marine system is very flexible: fingers can move around for the boat show – and adjust to a catamaran or even move away to allow side mooring of a bigger boat This marina can welcome about 100 boats up to 50 feet. The addition of a low freeboard pontoon also allows the launching of kayaks and Dragon Boat. A diversity of Poralu Marine products that can meet ... 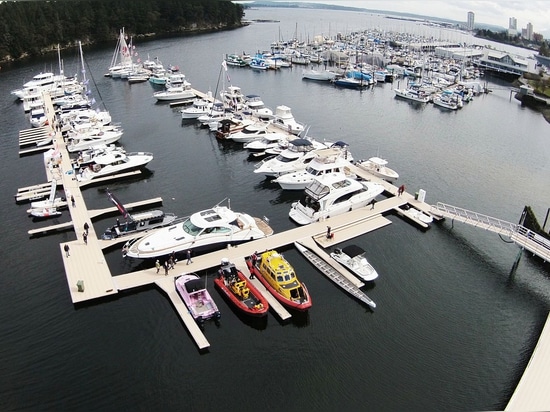 The first floating Olympic track : 156 m X 15 m was installed especially for the event that took place in Paris - June 23th and 24th - between bridges Alexandre III and Les Invalides. The installation was designed with 96 pontoons to accomodate up to 300 persons. 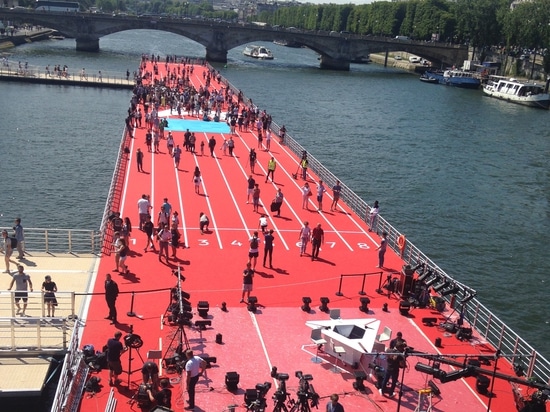 . The Dilbar, 157 m long, is one of the most imposing yachts in the world! To berth on the famous Quai des Milliardaires in Port Vauban, Antibes (French Riviera), this giant needed a made-to-measure setting. Poralu Marine, an Ain-based SME which builds marinas that are the world reference, has just produced this landing stage combining together its very best technical in... 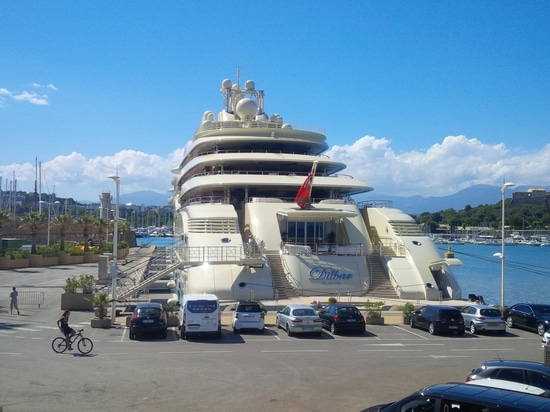